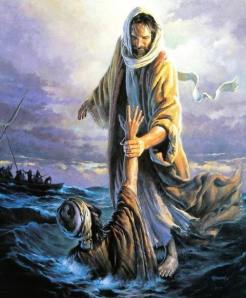 In studying Mark’s Gospel narrative I’ve been challenged to consider a few familiar things in a new light.

1. Parables
These stories were the main form of Jesus’ teaching. They are actually a veiled way of teaching spiritual truth, that draws some people closer to Jesus in faith, and turns others away in hardness of disbelief. This is a hard thing to grasp. You would think Jesus should speak in simple stories that clearly reveal who he is and what he is going to do . . . but no. And perhaps this is the point.
The Kingdom of God is not going to be handed to people on a platter. Jesus wants people to exercise faith! Jesus wants those who have “ears to hear” to draw near and gain understanding of the secrets of the Kingdom, to draw near in faith. To those who do this, they receive greater understanding. Their faith increases! After Jesus told the parable of the sower and the soils (Mark 4), he took the disciples aside to explain:

10 When he was alone, the Twelve and the others around him asked him about the parables. 11 He told them, “The secret of the kingdom of God has been given to you. But to those on the outside everything is said in parables 12 so that, ‘they may be ever seeing but never perceiving,
and ever hearing but never understanding;
otherwise they might turn and be forgiven!’

While the Sower parable reminds us that there will be mixed responses to the gospel, there will be a certain harvest. Mark 4 contains several other parables of the Kingdom, explaining through brief stories or sayings the type of Kingdom he ruled over.

The Lamp: no matter what people think of Jesus now – as obscure, insignificant, foolish – one day he will be seen in power and glory.
The Seed and the harvest: The word of God will advance and grow Jesus’ kingdom by God’s hidden power. The harvest is guaranteed and will come suddenly.
The Mustard Seed and the Tree: The Kingdom of God may seem small, beginning in obscurity, but one day it will be see for what it is – the greatest Kingdom of all.

2. Miracles
While people think that if there were more miracles today there would be greater numbers of people following Jesus, if you look at what happened in Jesus day, this is unlikely. Although crowds swarmed around Jesus (and made his teaching ministry more difficult) the miracles he performed did not cause faith to appear. When most miracles occured it was because the person had faith in the first place. The faith of the men who brought their friend on a mat (Mark 2), the faith of the bleeding woman who touched Jesus & the faith of Jairus whose daughter was raised to life (Mark 5) – in all of these faith came first.
We also see that despite witnessing miracles most people still do not understand or draw near in faith (which is the case for the disciples several times!). Rather, the faithful are the ones who cut through the crowds to draw near to Jesus, having faith in his ability to restore them. Each time, Jesus directs their faith to greater knowledge of Himself.  Miracles are not the cause of faith, but Jesus uses them to increase a person’s understanding of him and to provoke questions.

Just thought you would like to know! It certainly changes the way I read the Gospels to appreciate these!

Ps. In searching for a suitable im 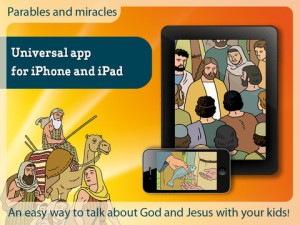 age I found a link to an iPhone/iPad app called “Parables and Miracles“. Check it out if you have children and you don’t mind giving them another reason to use your “i” device! 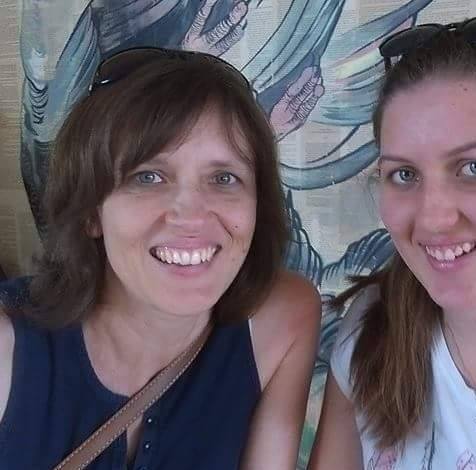